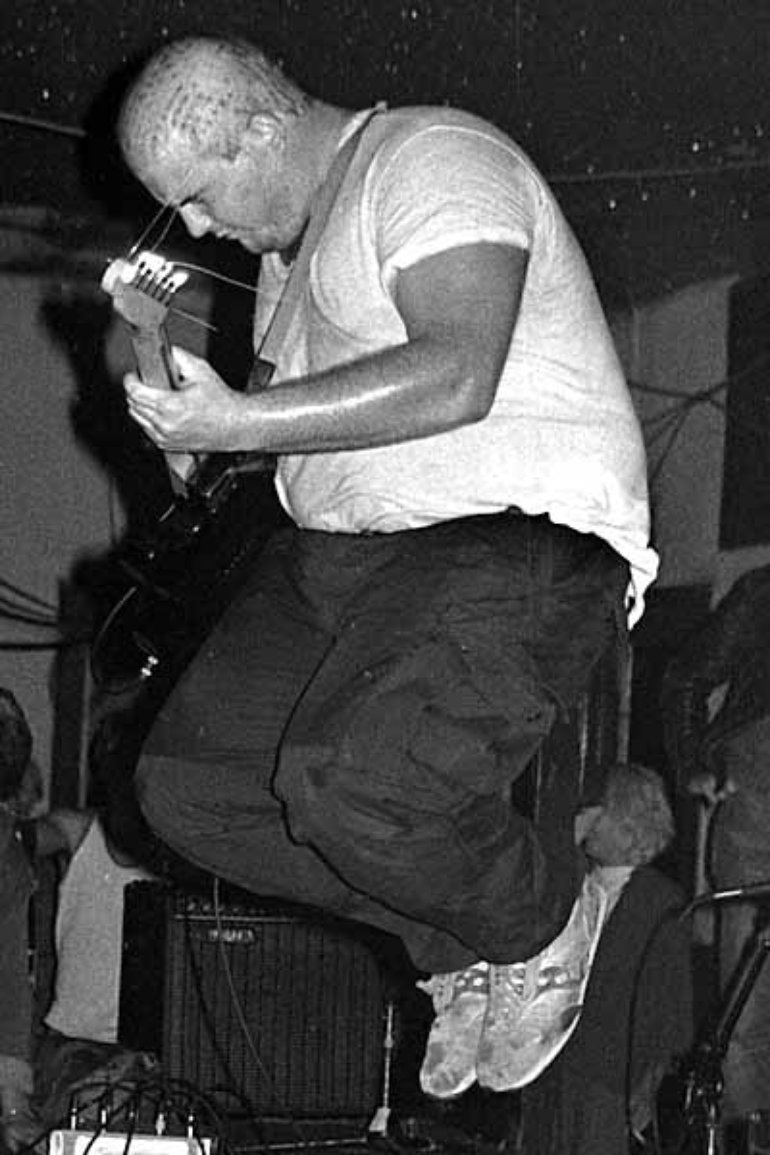 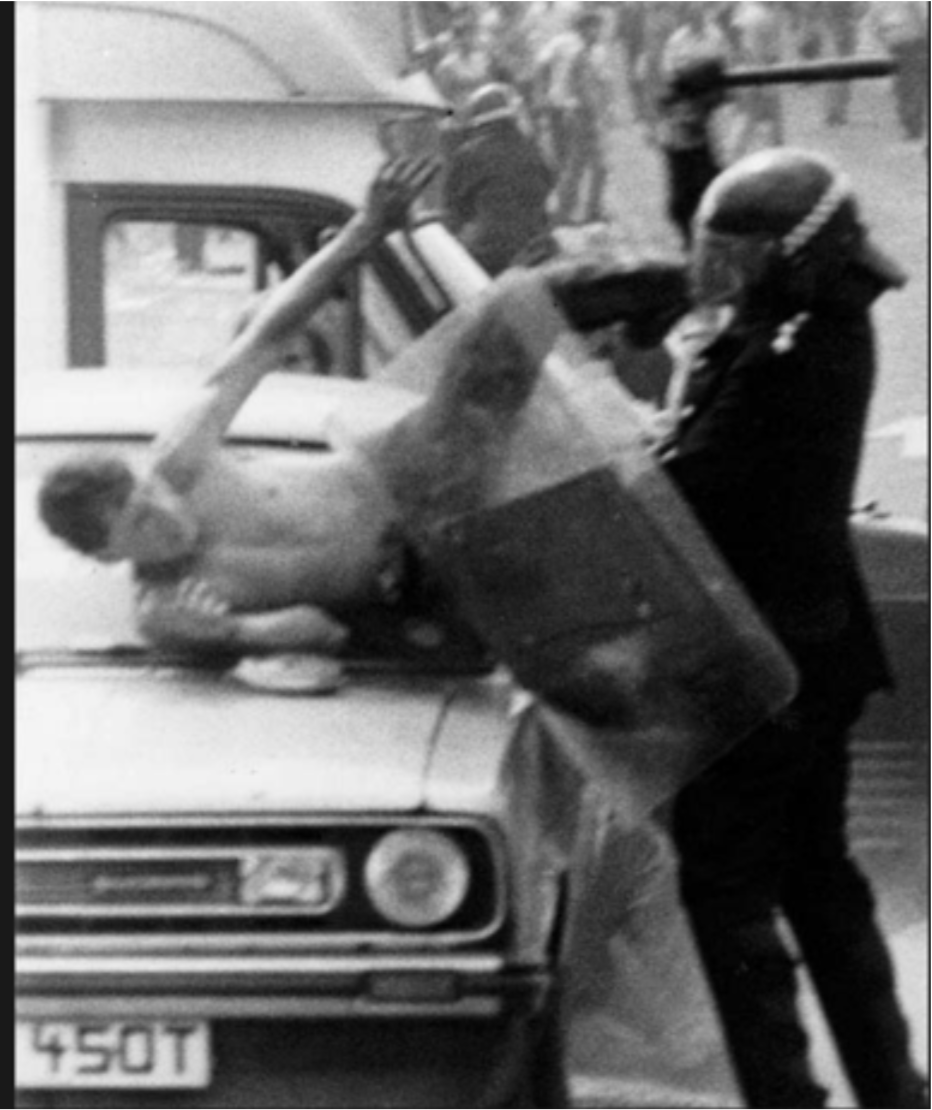 In the Soul at Work: From Alienation to Autonomy, 'Bifo' Berardi makes a distinction between the industrial capitalism of Marx’s time and its modern-day incarnation, which he terms ‘semio-capitalism’, indicating a system which functions on the surplus production of signs rather than materials. What this implies is the difference between a lack of communication (as in, Marx’s metaphor of the workers unable to speak to one another, drowned out by the activity of factory machines) and communication in excess (the production of meaningless linguistic exchanges being the defining element of semio-capital). Physical alienated labour suspends the body for hours at a time, but allows respite once the worker returns home to rest, or perhaps to organise; the psychological variant (the kind undertaken by the precarious, freelance workers of our millennium) occupies the mind incessantly, and so we are unable to penetrate or make sense of a never-ending, obfuscating chatter. We experience, in Bifo’s words, ‘the actual pollution of the human interaction field’: as a consequence, articulating our dialogues becomes impossible.

All of us at some level feel this impotence whenever we are sat at our computers. There is a complete misunderstanding of Internet use that recurs throughout much of contemporary art and music: the clichés of zombie-like, scrolling automatons, or of rampant narcissists; the smartphone as mirror, as opposed to an infinity window. I would suggest that, for many people, Internet is not about total self-absorption, or attracting users to look in their direction. It is a complete paralysis, a disarticulation of the self caused by the act of looking outwards and being subsumed by the vastness of what they see. Even for those who self-express incessantly online, it is not a question of playing to the gallery, but a desire to navigate (and perhaps grasp) a matrix which they know exceeds them infinitely and indescribably. Narcissus saw nothing beyond his reflection in the lake; the user of computers perceives every particle of dust suspended in the water and so loses sight of themselves.

Louis (from The Waves): ‘Now all is laid by his authority, his crucifix, and I feel come over me the sense of the earth under me, and my roots going down and down till they wrap themselves round some hardness at the centre. I recover my continuity, as he reads. I become a figure in the procession, a spoke in the huge wheel that turning, at last erects me, here and now. I have been in the dark; I have been hidden; but when the wheel turns (as he reads) I rise into this dim light where I just perceive, but scarcely, kneeling boys, pillars and memorial brasses. There is no crudity here, no sudden kisses.’

We shouldn’t allow our pity to dress up the fascists as poor lost boys. Fascists are bereft of compassion and beneath our contempt. They are the true narcissists. But every method of organising society is responsible for the strength of its fascists; it is responsible for the individuals who gawp like terrified, pathetic children into its bottomless pools as they fall towards the easiest explanation for chaos. Fascism thrives because it is easy to be a fascist, easy to speak as one, in our society (contrary to what they may claim). Every psychotic stipulation of capital — the widespread precarity, the crass justifications for greed and neglect, the presence of its poison without exception in all facets of our lives — feeds the support base of the crooks who promise order through an unwavering brutality. Fascism is inexcusable but not inexplicable: fundamentally, it comes from a desire for things to make sense. And when it gets harder to counter this trend, to articulate an alternative solution when all the languages are broken and the mediums are adrift, its violence takes over through a profound meaninglessness.

The chaos of this violence makes me long even more for a solution to arise out of gentleness. I am tired, sick from violence. But then where is the time for gentleness in dealing with fascists, who can inherit everything and still despise the powerless? It is like I long to see it come out of chaos, miraculously, stupidly, like a grown-up might look for reason in the grimaces of a selfish child. It is almost as if, exhausted by violence, the easier option is this gentle pity, because we have also looked across the unreflective face of the water, and struggled to understand what to do with all the dust and the darkness. 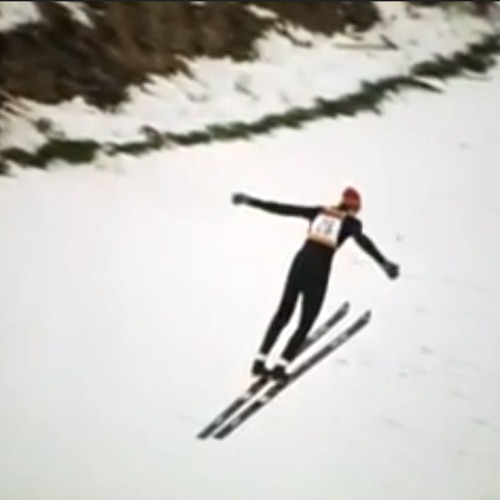 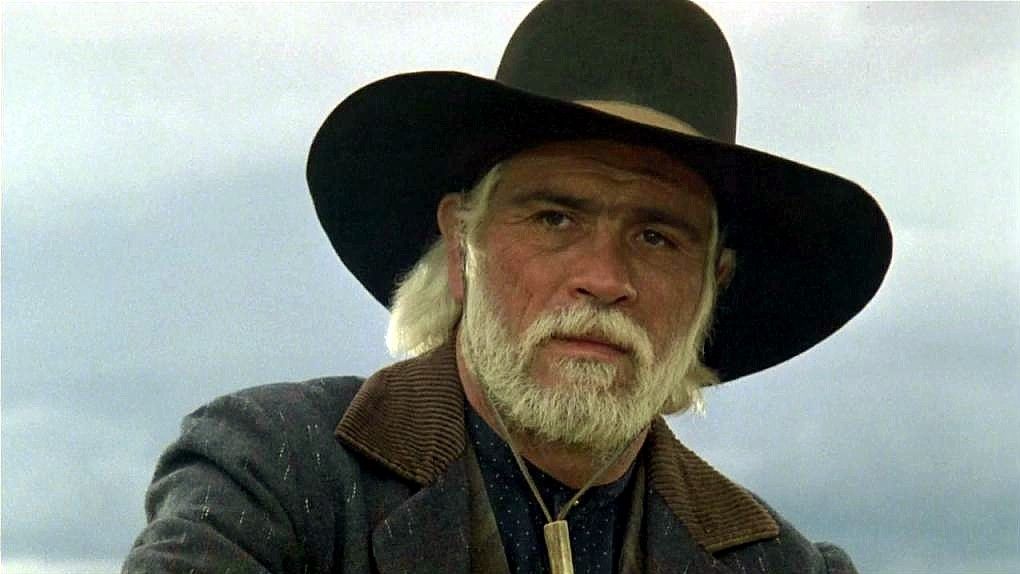 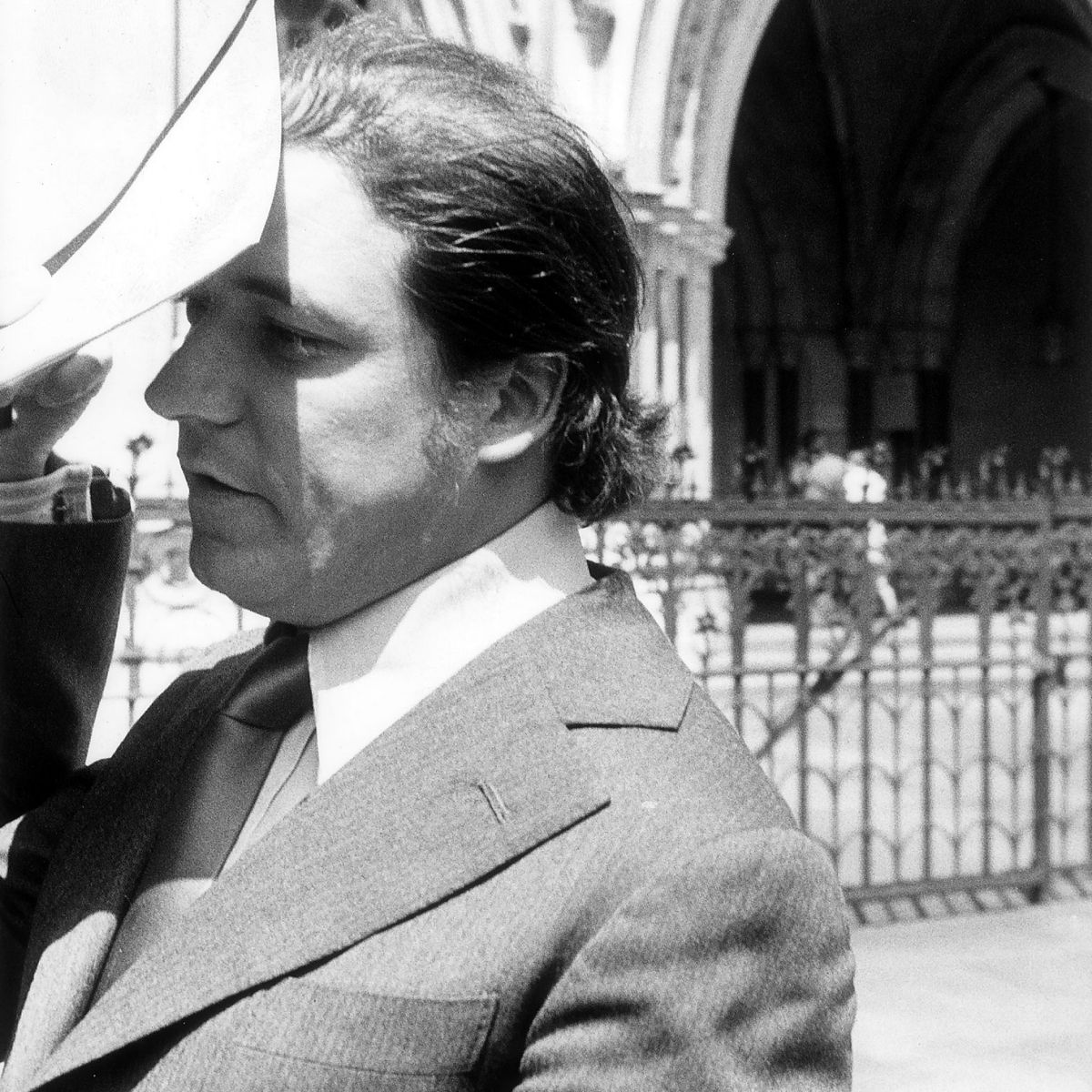 IT IS AS THOUGH THE WORLD
HAD BEEN METAMORPHOSED
INTO A BANAL TRAVESTY OF ITSELF!

agnes martin, the great canadian painter, begins each day at sunrise -- the light from the sun enters her bedroom in one piece like a wave, unbroken and massive, passing easily through long tall windows which have no curtains -- light from the still new mexican sun -- the light travels over her bed, over bedsheets, and further still until reaching her eyelids, at which point agnes awakes -- her eyes open at once -- she climbs out of bed -- slowly she comes downstairs from the attic and pours herself a glass of water -- she drinks the water, cool and transparent, in a smooth clay mug with no handle -- when she sets the water down and it stops rippling, the stillness of early morning rings out like a high church bell -- there are not even birds singing -- the day outside sits still within itself like a blue glass bottle --

-- she goes towards the kitchen window to finish observing the daybreak -- she does not drink coffee and rarely eats before noon -- agnes is 108 years old and has not had a single thought for over fifty years -- she does not read novels or newspapers -- her greatest task over the last several decades, alongside her artistic practice, has been to purge herself of every idea she has ever absorbed, to disbelieve any theory she once held to be truthful -- she no longer believes in the theory of evolution, or that the sun sits at the centre of the solar system -- further still she has declined to replace any of these ideas with ideas of her own -- all past, present and future is left undisturbed, uninterrogated -- her eyes are like soft pieces of quartz -- she sits by the window, breathing, and watches the new mexican sun rise a little, as the shadows of trees make uninhibited patterns on the grass like astrolabes --

-- sometime later she steps out into the garden, and she walks over to her vegetable patch -- few things have grown -- a paltry handful of marrows -- minuscule wrinkled cucumbers -- a weak and pale yellow cabbage -- she rips a leaf from the cabbage and puts it in her mouth -- to do this she has to kneel, go down into the dirt -- she gets on both knees and uproots the entire cabbage and props it up in her lap -- slowly chews the leaf -- her navy blue overalls are covered with soil -- the dry vegetable bed stirs, columns of dust rise as agnes tries to make herself comfortable, adjusting herself between the brittle dead roots of old harvests -- dust gets all over her face, there are grains of sediment and tiny pieces of deadwood in her hair -- she continues to inspect the cabbage -- the vegetable patch, an undulating grave, surrenders to her inquisitions without complaint -- after eating three or four leaves from the cabbage agnes stops -- a minute later the bulb gently rolls itself back into place at the centre of the parched allotment -- she gets up with some difficulty, neglecting to push any of the muck from her person -- the long walk round her abode towards her studio carries off some of the excess debris --

-- she arrives at her studio calm and still covered with soil -- she takes her seat in the oak frame chair she has used for much of her career, placed at the far wall from the door she comes through, perpendicular to a medium-sized and bare canvas -- she begins from where she had left off the previous afternoon, that is, from a point of nothing, in still pursuit of an image whose proximity she cannot anticipate as its predecessors have always come to her from behind the far wall -- sometimes whole weeks will pass before she sees a thing, and is compelled to make contact with the canvas -- she does not think about technique, contemporary painters, friends and family, stories, words -- perhaps her greatest personal conquest is her conquest of the world of words -- agnes declines interviews, does not speak, no longer even knows of sentences -- the contents of her mind are colours, vague shadows of grids, illegible graphemes, empty mirrors -- agnes does not keep real mirrors -- she leaves the studio door and the door to her house wide open even at night and nothing ever comes through it except herself -- she does not invite people to visit and never sees or comes into contact with animals (e.g. bobcats, stray dogs, small lizards, woodlice) -- if they ever do pass through her corridors they leave no discernible trace and agnes is none the wiser as to whether they have visited -- in any case agnes does not believe in bobcats, the natural world, which is perhaps why they decline to visit --

--agnes martin, the great canadian painter, has come to understand the vulgarity of words and of the things they describe -- the rearticulation of the world with the voice of the human brain is a vulgarity -- it is best to endeavour to remove ourselves from the equation as thoroughly as we are able -- there is no interpretation that can satisfy -- there is no technique that can adequately render --

-- by late morning the blood liqueur of the sun has long evaporated -- and warm light tills the fields without chorus -- the sky is very blue -- agnes might today be granted a vision of colour and put brush to canvas, but then again she might not -- though from the outside her mind can seem as crystal clear and still as a winter lake, her practise continues to develop -- every day she successfully closes off another small vista of self-indulgence -- it might be that one day her progress will put her very work in jeopardy -- maybe she will renounce the need for recording her visions altogether -- and throw her canvases and paint pots into the new mexico desert, where they will slowly be swallowed by currents of dust and disappear -- maybe it will happen today 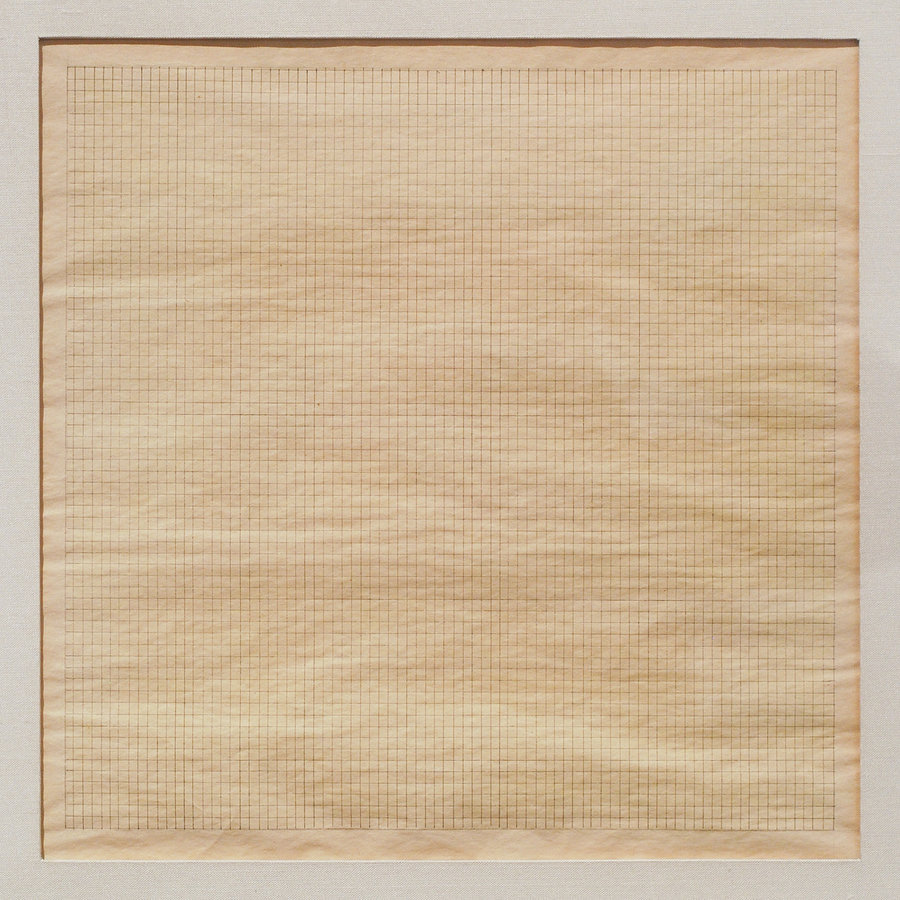